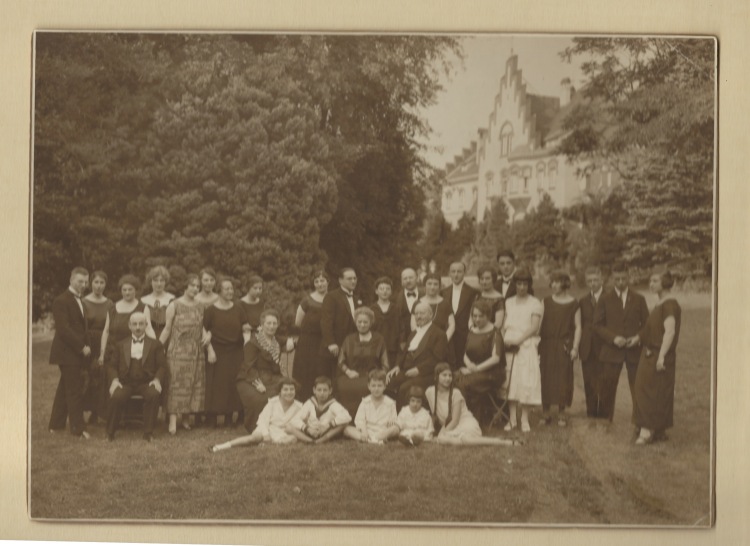 A few years ago I was looking through my grandmother’s photo album. One of the most striking pictures shows thirty-one people in a group portrait. They are nicely dressed and posed in a purposeful composition with the family patriarch and his wife, my great-great-grandparents, sitting in the center.

My grandmother stands slightly to one side – a teenager. I imagine that she was less than enthused about taking the time to pose for the photo session, just as my 17 year old would be today.

I don’t know the occasion that brought all these people, mostly relatives I assume, together. I believe it was the early 1920s. I can only identify a handful of them. There is a large estate in the background. It was, and still is, named Spiersfelde — Spier’s Fields. Spier being the family name.

Two weeks ago I stood on the same spot where the photographer stood for that group portrait and I took a picture. The large house still stands with its stately façade. I imagined my relatives gathering that day and wondered what they were celebrating. Was it a special birthday, a national holiday, an anniversary? I’m sure it was a special day for them. And I am positive that none of them could foresee that twenty years later most of them would be murdered and that none of them, nor any of their descendants, would be living at Spiersfelde.

While I stood there with my mother, she showed a glimmer of nostalgia and emotion. That’s something she usually tries to avoid. I asked her what she was feeling and she replied, “I wonder what life would have been like if the war hadn’t happened.” 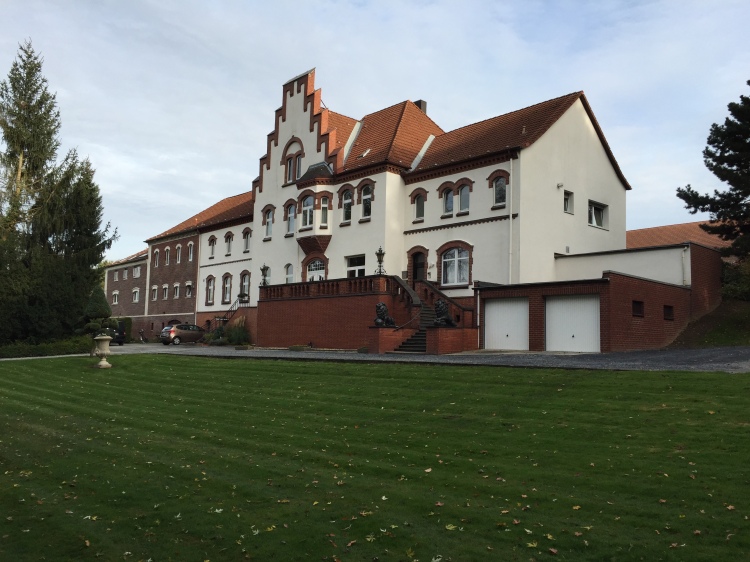